I headed off to the Steam Whistle Brewery today evening to attend the Techcrunch Meetup in Toronto. There was a meandering queue outside the entrance and I spent a good half an hour in the cold before I was ushered in. It wasn't that bad though- I made a couple of acquaintances who were in the vicinity. Weirdly enough, the tickets were being checked manually instead of being scanned (each ticket was associated with a QR code).

The venue itself seemed overcrowded. Each attendee got 2 free tickets which could be redeemed for beer, which is always a good thing (the hors d'oeuvres were horrible though). There were quite a few startups who had set up booths showcasing their products. I actually liked this one called Picatic- they provide a platform for organizing crowdfunded events. Others included Uber, for online taxi bookings, and SoftLayer, a cloud hosting platform. 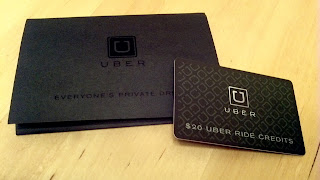 All in all it was a reasonably interesting meetup. I actually recognized a few familiar faces whom I had seen in previous tech events. The best part, for me, was actually listening to the startup founders describe their products. Networking in such events seems like a rather perfunctory affair to be honest (or maybe it's just me).
Posted by D at 19:25